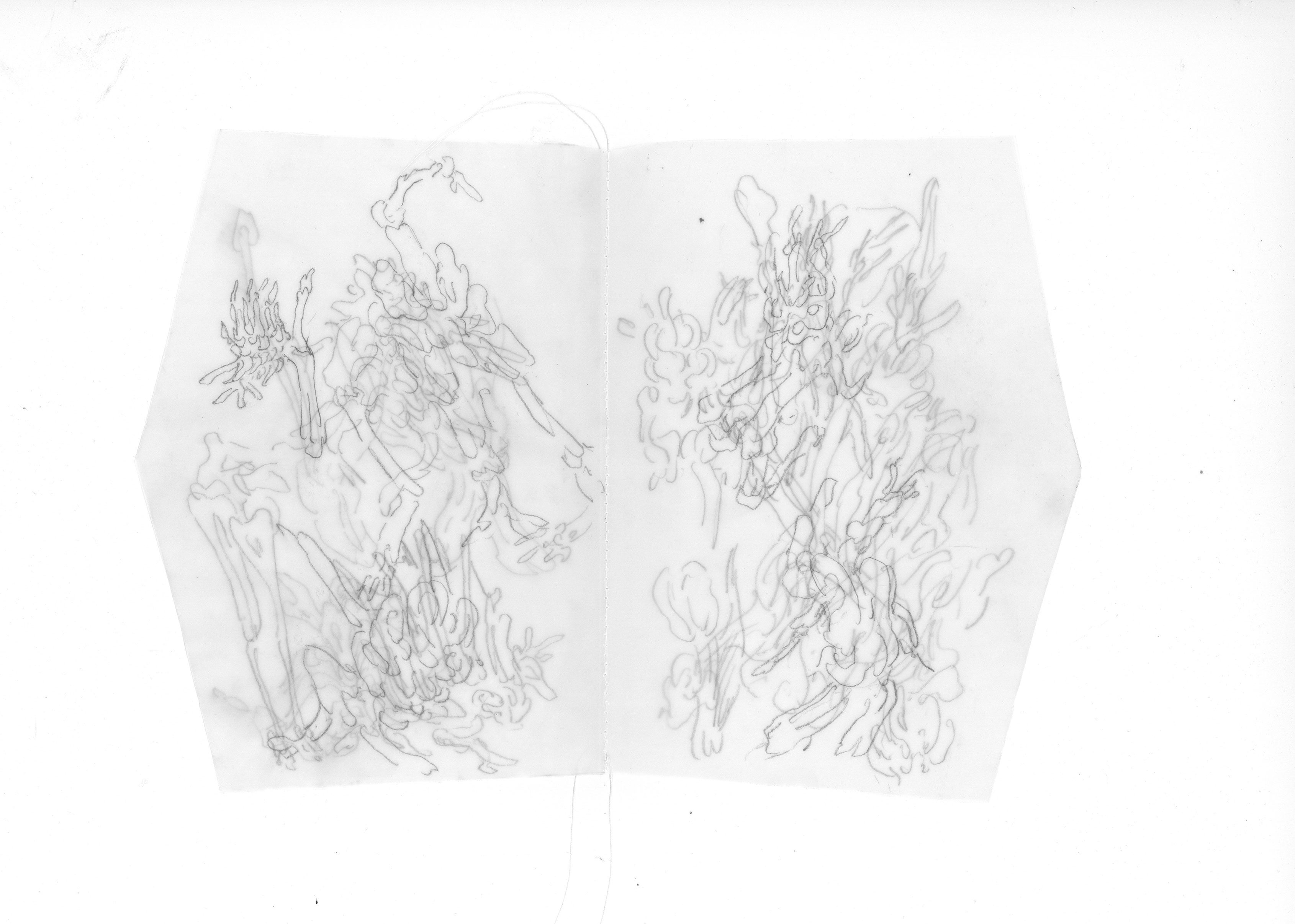 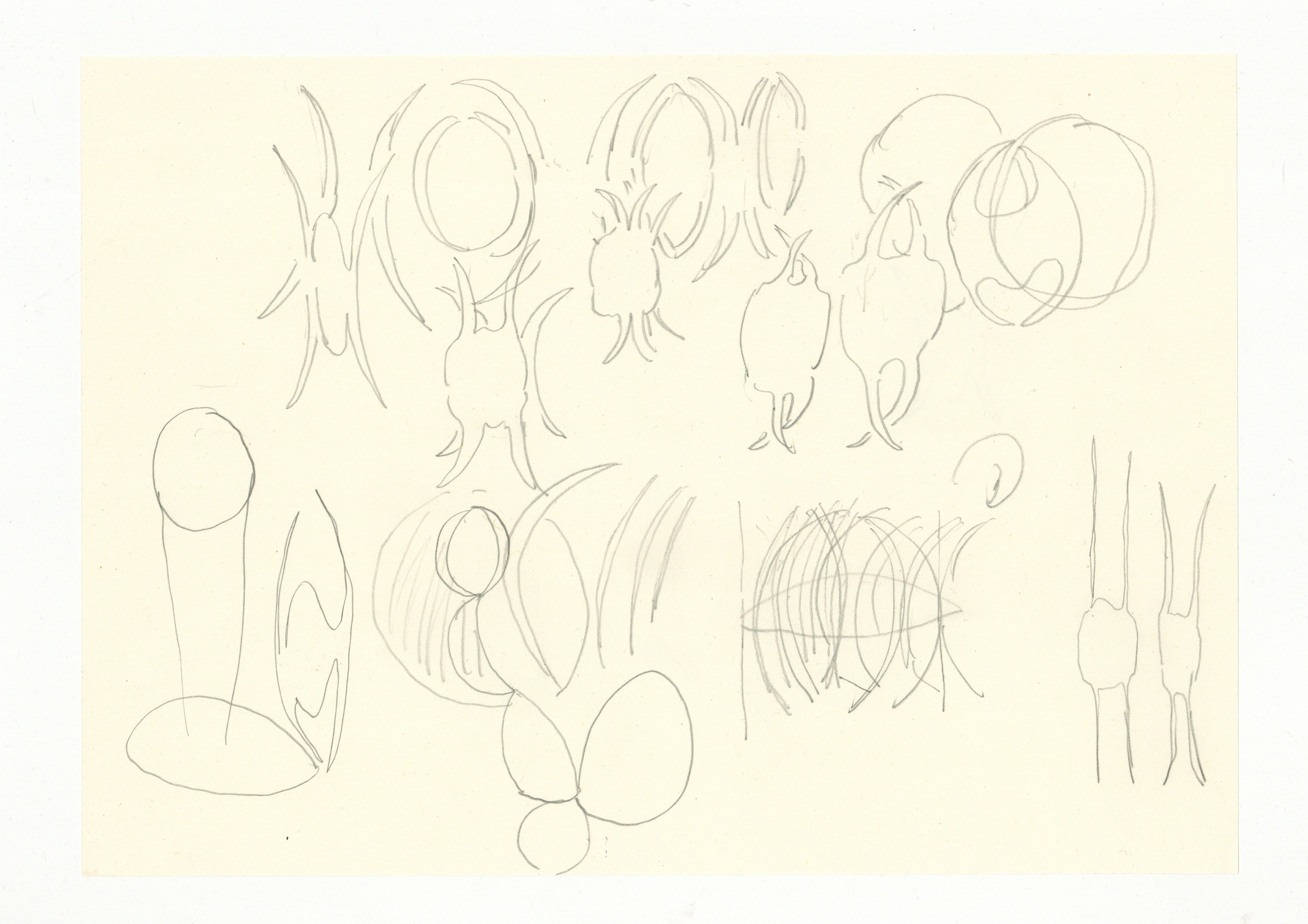 - decides what counts and what doesn’t count
- has a desk job
- has an empty calendar
- it’s extended horns and canines are a moon cycle (zonder schijn)
- doesn’t count in theory, but in practice
- defines existing entities

- is a kite (Kite / Chula / Snake)
- has an eternal rival (Pitou / Pakpao / Weasel)
- is difficult to explain, for an innumerable amount of factors have had an influence on him to make her the way she will be.
- fails to be restored (was broken in many pieces and put back together by his rival)
- is missed by his rival
- owns a strange weapon with many abilities
- sacrificed his arm to save someone else
- her mother will be the ant queen
- will have the body and mind of a girl the ant queen ate
- will be born again as part of a twin and as an ant baby
- remembered most of his life and will imagine most of her life

Zwaantje Kurpershoek is a visual artist who primarily makes sculptures and objects, but also uses drawing, text and video in her practice. In her work the boundary between the rational and the irrational is observed as she plays with connections between very unlikely and specific sources, such as rules, governing movement in board games, anime characters, vermin and swimming horses.